I’ve been going to the gym! Yay me, right?

For as hard as I have been working out I’ve been eating up everything in sight.

Let’s take today for example. After crushing it in the gym last night and leaving 600 calories behind I went home and enjoyed a sensible dinner of about 300 calories. Not too shabby right?

This morning I had a banana, turkey bacon, and oatmeal, roughly 500 calories. For lunch I decided to bring a California roll I had picked up at HEB the night before and a salad 275 calories. I packed a serving of pretzels and some chocolate gram crackers as a snack 240 calories, and off to work I went. Not even an hour after I got to there I had already gone through all of my snacks and was ready to go wolf down my lunch. I abstained.

Lunch came around and before I even popped the top on my sushi I knew I had made a dire mistake. I didn’t have enough food to get me through the day. I told myself that I had to deal with the decision I made and I would have to make do with what I had. But, before I even began eating, my car was headed to Walgreen’s to pick up more food. More specifically, a granola bar.

I was only going to go inside and grab a granola bar and a diet coke, I swear! But then I saw it.

Calling to me like the voice of an angel, sitting right on a side panel was a bag of dark chocolate covered cherries. My mouth instantly began to water as I could already taste the chocolatey goodness. Not today Satan! I said to myself as I walked right past the panel.

I reached the isle and found the tag for the bar I’d come to get and you won’t believe me when I tell you, there sat a bag of the chocolate covered cherries.

I had already fought this fight once before, could I do it again?

I spent about another 5 minutes walking around the store before I found myself in line at the checkout. The cashier, a woman who I frequently make small talk with on my lunch runs, gave me my total after I put in my rewards card number. $10.31 she told me.

I didn’t even make it back to my car before I had torn open the pack of Oreo Thins and dark chocolate covered cherries I had just bought.

It was like the serving size didn’t exist. Not only did I run through the remaining calories from yesterday’s workout. I also depleted the calories that were supposed to last me through the rest of the day.

…That is until I pull out another form fitting dress from my closet, put it on, and look like this… 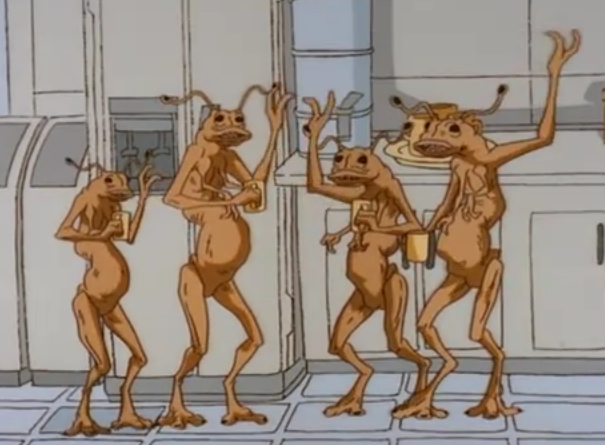 Don’t judge me, You don’t know my life!

Til next time friends…

Big city girl with dreams of being slightly more than mediocre, currently working on a novel tentatively titled "Coffee". I decided to start this blog after looking for, and not finding many, if any, blog sites about being black, lesbian, and married at the same time. As a result, this will be a safe space for all lesbians regardless of color to come and share their everyday experiences minus the over-sexualization of our relationships. View all posts by HalfOfAWhole

A Picture is Worth a Thousand-ish Words

A picture, photographed or graphically designed, by yours truly attached with a creative written response of a thousand-ish words. Could be a tall tale, inspired by a true experience, a random journal entry, or an analysis of the photograph or design itself! Dealer’s choice.

A freelance copywriter with nine years of experience and a serious Pinot Grigio craving.

The Most Important Lesson You Never Learned